Recently I was the Creative Director for a small College production called Playing for Time. This play is set in the Holocaust in the Auschwitz concentration camp. There was a group of women that got picked out because they could play music. Which turns out that it saves their lives in the end.

My involment in the show was heavily concentrated on the technical and production side of things. For this show, I wanted to step outside the confit zone a bit on the technology I used to run the show. The show its self-was not very technical but required some creative thinking to pull of what I did. For any theater show, you need three main elements need to work together in the backgound to create a masterpiece. Let me walk you through what I wanted and did for the show.

The lighting for the show was incredibly simple a general wash on stage, a few special spots to light difference actors as needed and a way to have diffrent colors in the secne. I decided to use LED lights to create the color for the show. The problem with the lighting was that we did not have an expensive lighting desk to run all the complicated LED lights. So I had to think outside of the box a little. I found that you could buy or rent a relatively cheap DMX to USB box which allowed me to talk to the lights using a computer instead of a lighting desk. This was great, but I then needed to find the right software that would allow me to run all parts of the show together. I will touch on that in a moment.

The sound for the show again was easy but needed a way to be triggered on cue and be as noncomplicated as possible. Becuase there were times in the show where sound would need to work together with the acting to tell the story.

Although I did not need to add this element, this was a very cool way to make the story come to life. To give imagery and perspective on what is happening on stage. Video would be the most complicated element and again need to be triggered on cue to help tell the narrative of what the actors were doing on stage.

This is where the world’s most amazing program comes into play It is called Qlab, and it is made by a company called Figure 53. This program is a must for any production and makes cues of eveything extremely easy once everything is setup in the right way. So using Qlab as the driver for everything I started to piece together the show. This included lighting cues sound cues and video cues all in the one program. Within the end over 279 cues in total to complete the show it turned into a bigger task than in probably needed to be.

In the end, it was a big learning curve. I had used the program before but never to its fullest extent. It was really great to see how an entire show would look and save the hassle of trying to run a sound desk lighting desk and video mix all at once. This program once you work through each process in a logical step by step manner becomes very intuitive and easy to use. One thing that I did not know would be a problem was the Director of the show not knowing how the program worked. This would make my task just that little bit more difficult. Because I would do something or run a cue as a test and she would not be expecting that. But That is what you need to do in order to make sure the sequence you created worked. This did result in much more time added to make sure that it all ran smoothly.

But all in all, a great show and very fun to put together. 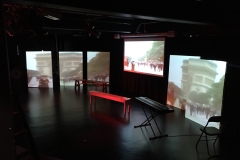 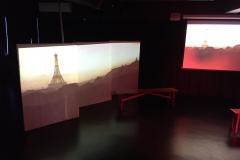 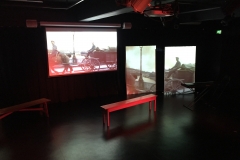 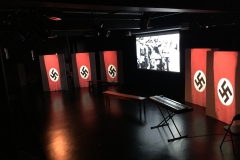 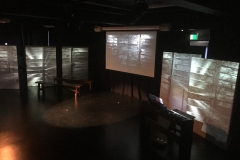 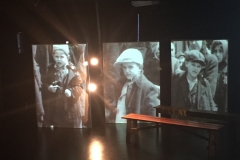